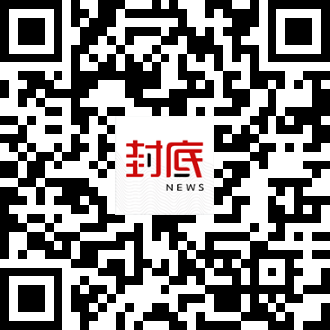 As the Chinese Lunar New Year is only three days away, Beijing now turns into an “empty city” as millions of residents are leaving the capital to reunite with their families back in their hometowns. But still, there are many people choosing to stay at the frontline of work to serve people’s needs. A Global Times photographer talked with 12 people in all walks of life who are working in Beijing on this family reunion occasion to unearth their stories.

Mr Chen, 58, a taxi driver who lives in Beijing’s Mentougou district. He has been working during the week-long Spring Festival holiday for 18 years as his income could double during that time. Photo: Li Hao/GT

Zhu Chongde, 54, a security guard who hails from Zhangjiakou, North China’s Hebei Province. Zhu hasn’t returned home for Spring Festival for nine years in order to fulfill his duty. He said his family showed understanding toward him. He makes 200 yuan ($30) overtime pay per day during the Spring Festival holiday. He will have his Lunar New Year reunion dinner with other colleagues. Photo: Li Hao/GT

Mr Fu, 34, a grocery clerk, who hails from Shijiazhuang, the capital of Hebei Province. It’s the sixth straight year that Fu doesn’t return home for Spring Festival. Fu can double his payment during the Spring Festival holiday and he celebrates the festival with other staff in the shop. Photo: Li Hao/GT

Zheng Dongbo, 46, a chef, who comes from Fushun, Northeast China’s Liaoning Province. This is the 15th straight year that Zheng doesn’t return home for Spring Festival as the catering industry is very busy during this time. Photo: Li Hao/GT

Ren Xingyi, 25, works at a pharmacy. This is the first time that Ren who comes from Qingyang in Northwest China’s Gansu Province stays at work during Spring Festival. Her family supported her decision and she is willing to endure the hardship when she is young. She will be the only staff at the pharmacy on the Lunar New Year Eve. She doesn’t know if there will be any extra pay during this holiday. Photo: Li Hao/GT

Zhang Chunlin, 30, is a food delivery rider, who comes from Handan, Hebei Province. He doesn’t go home in his second year in Beijing as he wants to make more money. His father told him to keep safe while riding the electric bicycle. His estimated income during the Spring Festival holiday is from 3,000 to 5,000 yuan. Zhang will have the Lunar New Year reunion dinner with friends in Beijing. Photo: Li Hao/GT

Zhao Tengfei, 23, is an oiler who hails from Xingtai, Hebei Province. He doesn’t return home for a fifth year as he doesn’t have holidays. His family encouraged him to work hard. He receives triple pay during Spring Festival. Photo: Li Hao/GT

Zhang Haigui, 50, is a public bicycle repairman. Zhang only returned to his hometown in Zhangjiakou, Hebei Province for Spring Festival in 2017 over the past six years due to job demands. He receives triple pay for working during the holiday and he plans to drink some wine to celebrate the Lunar New Year on his own. Photo: Li Hao/GT

Sun Jianxin, 51, is a cleaner who lives in Beijing’s Miyun county. This is the first time that he can’t go home for the Lunar New Year reunion. He can receive triple pay and he will celebrate the festival with his colleagues. Photo: Li Hao/GT

Doctor Song Ci, nurse Zhang Caihong, and driver Li Kaiqi are staff members with Beijing Emergency Center’s Xicheng Branch. Song (middle), 32, has celebrated the Lunar New Year Eve in an ambulance for nine years. The most regrettable thing for him is that he failed to have the last Lunar New Year reunion dinner with his grandma before her death. He gets triple pay and dumplings from leaders during this holiday. Zhao (left), 24, has spent most of her working time in the ambulance over the past 4 years. Her husband complained that she can’t accompany him for Spring Festival, but he always punctually sends her greeting messages at midnight on the eve of Lunar New Year. Li (right), 30, has stayed on duty for most of the Spring Festival holidays over the past nine years. His mother often called to say she misses him. Photo: Li Hao/GT

Xie Sanzhuang, 53, has been working as a cleaner in Shanghai for one year. Xie didn’t plan to return to his hometown in Luoyang, Central China’s Henan Province, this year for the Chinese Lunar New Year gathering. Instead, he decided to celebrate the festival with his wife in Shanghai as he doesn’t know how to buy train tickets online. He plans to visit his hometown after the festival. Photo: Yang Hui/GT

Xu Xionghui, 32, came to Shanghai with his wife from Southwest China’s Yunnan Province three years ago. Xu, a fruit shop clerk, has never returned home in the past three years. His three children aged from 6 to 10 years old stay in Yunnan and are taken care of by Xu’s parents. In the fruit shop, workers need to take turns to go home during Spring Festival. He said he missed his children but he has to bear homesickness. Thanks to the mobile phone, he often uses its video function to “meet” his families. Photo: Yang Hui/GT

Wang Shegan, 48, has been working as a cleaner in Shanghai for one year. His wife, son, and daughter-in-law still live in their hometown in Central China’s Henan Province. He longs for going home but he said he shouldn’t leave his work to others to do. Photo: Yang Hui/GT

Niu Juan, 43, who hails from Zunyi, Southwest China’s Guizhou Province, is a water deliveryman in Shanghai. He has never returned to his hometown during Spring Festival over the past 8 years as the holiday is the busiest season. His wife takes care of his 11-year-old child in Zunyi. He said the financial loss is relatively large if he visits his family during Spring Festival, so he would like to visit home at normal times. Photo: Yang Hui/GT

Wu Xicai, 40, comes from Wuhu, East China’s Anhui Province. Wu is a security guard at a residential community, and he hasn’t returned home for Spring Festival over the past 7 years. Every year, there are only two quotas for security guards in the community to visit home during Spring Festival. Wu will celebrate the festival with his wife in Shanghai while his 13-year-old child has to spend the festival with Wu’s parents in Anhui. Photo: Yang Hui/GT

Liu Jianjun, 53, is a security guard who works part-time as a food delivery rider. His wife and two children are in Shanghai but his parents are in Jiujiang, East China’s Jiangxi Province. Li is worried about his elderly parents, especially his father who is paralyzed. He said his father is too old for an operation. He wants to visit his father after the festival. Photo: Yang Hui/GT

Qin Aihong, 49, is a domestic worker from East China’s Anhui Province who came to Shanghai nearly 20 years ago. She hasn’t visited her hometown for three years. This year her husband and daughter, who is a freshman in college, will go to Shanghai to celebrate the festival. The family’s old home in Anhui hasn’t been lived in for two years which will require lots of energy to clean. So she decided to stay in Shanghai. Photo: Yang Hui/GT

Mr Chen, 30, who comes from Hefei, East China’s Anhui Province, is a deliveryman. His child is only 6 months old. He misses his child but he can’t return home as the family’s new house isn’t ready yet. His wife will take their baby to Shanghai for tourism after the festival. Photo: Yang Hui/GT

Mr Luo, 30, who comes from Southwest China’s Yunnan Province is a food deliveryman. Luo, who has a 6-year-old child, hasn’t returned home for a Spring Festival gathering for three years. It has been difficult to get a train ticket during the Spring Festival travel rush and the airline ticket is too costly for him. Photo: Yang Hui/GT